The Kansas City Section of the American Chemical Society is soliciting nominations for the 2021 Kenneth A. Spencer Award. The award recognizes meritorious contributions to the field of agricultural and food chemistry. The Kansas City Section presents this award in the hope that it will give added stimulus in research, education, and industry to further progress in agricultural and food chemistry. More information on the History of this award, see the Kansas City Section website. Nominations should be submitted to Jon Tally following instructions on the application form webpage. The deadline for nominations for the award is November 15 of each year. 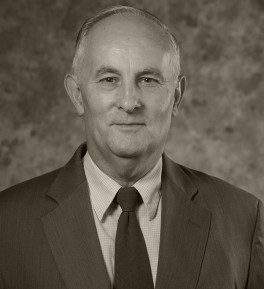 Jerry King is being recognized for his contributions in applying sub- and supercritical fluids for chemical separations – both in processing as well as the analysis of foods and natural products. The Kenneth A. Spencer Award is awarded for outstanding achievement in agricultural and food chemistry and is administered by the Kansas City Section of the American Chemical Society. The award recognizes meritorious contributions to the field of agricultural and food chemistry.

Jerry has over 55 years of experience in the fields of chemistry, chemical engineering, and food technology. He carried out his research in the federal (USDA), industrial, and academic capacities, and as a consultant (CFS). HE has published over 275 papers and proceedings including government reports, and has 3 patents. These activities have promoted environmental sustainability and have resulted in a number of consumer-friendly products. The roadmap to these developments has included many collaborations both nationally and internationally – liaisons with researchers and institutions in Europe, Asia, and Latin America, including the USA-regulatory agencies of FDA, FSIS, FGIS, and EPA.

A major emphasis over this time period has been creating value-added by-products from agriculturally-derived processing wastes such as grape/berry pomaces, deodorizer distillates, expeller-derived residues, and wood wastes, as well as “green” laboratory and analytical methodologies.

Jerry was awarded AOAC’s Harvey Wiley Award in 1997 for his research in analytical SFE. In 1998, he received the Award of Excellence at the 8th International Symposium on SFC/SFC for pioneering achievement, leadership, and enthusiasm in the development of supercritical fluid technology and the education of others. He was awarded an Underwood Fellowship in 1999 for sabbatical study in the United Kingdom, and in the following year, he received the Keene P. Dimick Award at Pittcon for his contributions in the fields of gas and supercritical fluid chromatography. He also has been awarded the Herbert J. Dutton Award from the American Oil Chemists’ Society for his contributions to the analysis and processing of lipids and oils.

Jerry was selected for a Marie Curie Chair by the European Union in Brussels, Belgium, in 2004. In 2007 he was the Outstanding Researcher in the Department of Chemical Engineering at the University of Arkansas, and in 2008, the Mariwala Visiting Professorship at UICT in Mumbai, India. He is a fellow of the American Oil Chemists’ Society and the ACS Industrial and Engineering Division. In 2015, Jerry was appointed to a Visiting Fulbright Research Chair at the University of Alberta. In 2018, he was the Chairman of the Separation Science and Technology an ACS subdivision and, more recently, served as co-Program Chair for the ACS subdivision on Cannabis Chemistry.

In addition to presenting his lecture at the ACS Fall National Virtual Meeting, he will receive the Spencer Award in October 2020 at an award banquet and mini-symposium in his honor in the Kansas City area by the local ACS section.

© Copyright 2020 AGRO Division - All Rights Reserved
Back To Top
×